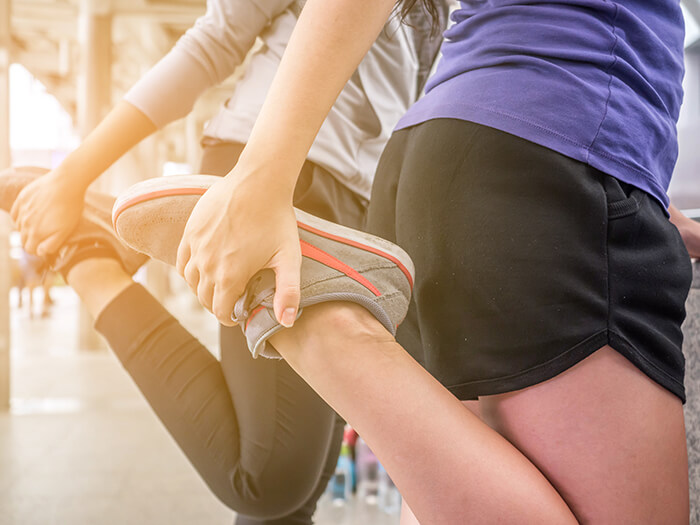 I was lucky to attend a recent session organised for the Wotton under Edge youth hockey players by Prof. Mark De Ste Croix on sports injury prevention.

Mark is Professor of Paediatric Sport and Exercise at the University of Gloucestershire. As well as having published extensively in international scientific journals on muscle, ligament and joint health he has consulted to some of the leading sports teams in Europe, including Barcelona Football Club, on injury prevention in youth players, female and male.

The session educated and empowered the youth players to adopt good practises and movement habits, so as they progress through their hockey (and wider sporting) careers they can reduce their risks of athletic injuries. He explained that between the age of 12 – 15, young hockey players are at higher risk of injury than adults, due to growing. Girls have a much higher risk of injury than the boys due to hormones and the fact that girls hips widen and therefore put more stress on their knees. He also recommended that children should ideally partake in a variety of sports rather than specialise too early to be using and conditioning a variety of different muscle groups.

We listened to a video presentation and then moved into the gym for the practice of some conditioning exercises, as a Physiotherapist and Pilates instructor, many of the exercises were familiar as based on core and leg strengthening particularly aiming at core, hamstrings and gluteals.

If you are returning to sports this autumn after a summer break, don’t forget conditioning your bodies muscles by either exercises at home, or the gym or by attending  Pilates classes (available at the Courtyard Clinic) would be a great idea to prevent injuries. Or speak to your Chartered Physiotherapist for advice.

This website uses cookies to improve your experience while you navigate through the website. Out of these cookies, the cookies that are categorized as necessary are stored on your browser as they are essential for the working of basic functionalities of the website. We also use third-party cookies that help us analyze and understand how you use this website. These cookies will be stored in your browser only with your consent. You also have the option to opt-out of these cookies. But opting out of some of these cookies may have an effect on your browsing experience.
Necessary Always Enabled
Necessary cookies are absolutely essential for the website to function properly. This category only includes cookies that ensures basic functionalities and security features of the website. These cookies do not store any personal information.
Non-necessary
Any cookies that may not be particularly necessary for the website to function and is used specifically to collect user personal data via analytics, ads, other embedded contents are termed as non-necessary cookies. It is mandatory to procure user consent prior to running these cookies on your website.
SAVE & ACCEPT